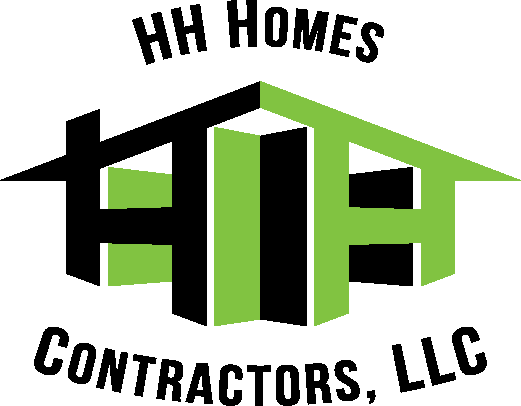 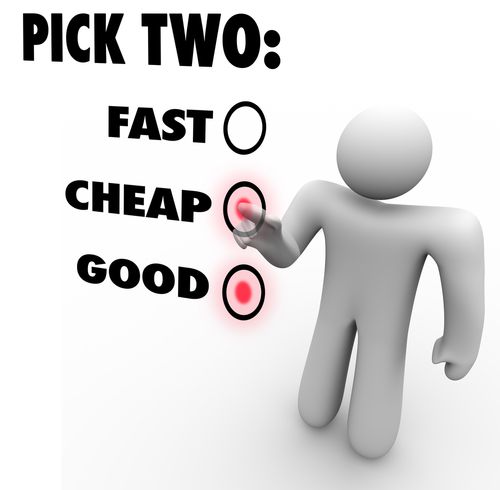 As consumers we are all searching for the ‘best deal’ whenever we make a purchase. From our paper towels to our vehicles and houses. The object of this game is to get the most in exchange for the least.

This has affected every single industry in the global economy. Oil from the middle east, cars from Mexico, clothing, toys, phones and just about everything else from China.

Due to our higher salaries, benefits packages, labor laws, etc; it is way cheaper for us to buy products made in other countries and have them cargo shipped here for our over consumption, addiction and competition to have more and newer “stuff”.

But when it comes the Services Industries, the value of what we pay vs. what we get is not always so black and white. There seems to be a stark contrast from what is advertised vs. what is delivered.

Ex: Not long ago I needed my carpets cleaned. You know; scrubbed and washed to get some of the small stains out and whatever else I can’t see that gets in between the fibers from having toddlers play on them all day. One day while driving I saw a sign that read “Carpet Cleaning 4 rooms for $79”. Seemed like a good deal so I called and made an appointment.

They came out in a van with a couple guys that looked like they rolled out from under a bridge a few hours ago, and one guy who was in charge. He asked me to show him the rooms and whatever stains I wanted removed, which I did. He had his guy set up the carpet cleaner and quickly scrub on the stain. Although faded a bit, the stain was still there. “Well Sir”, he started, “the $79 deal only gets you a mild soap cleaning with lukewarm water and is only for the stains you point out. But it might not actually get all the stains out, this example is about as good as you can expect.” Beginning to catch on and see the angle here, I thought here we go! He then told his guy to turn on the heater and add in the good soap, which he did. They scrubbed the spot again, and voila, stain removed!

“So, Sir, we can do the $79 for the 4 rooms using cold water and mild detergent or you can upgrade to the hot water and better detergent for $69 per room.”

Got it, I’m the sucker. But rationalization begins to take over my decision-making process; They’re here, ready to go right now. I’ve taken time out of my day to meet them. I have time invested in calling and scheduling. And in the back of mind I always thought the advertised price was too good to be true. And hell, I still can’t rent the thing, buy the detergent and do the work and take it back, in under 4 hours of my Saturday. So, $276 still doesn’t sound too bad really. “Do it” I agree. I even tipped them.

Even though I feel like a bit of a sucker; I consider myself a forever student of anything business related, so I chalk it up as a valuable learning experience. They didn’t exactly lie about anything per say, but the promise was vague. They got their foot in the door with their advertising, knowing you will upgrade, or your carpets still won’t be cleaned. In reference to the title of this post; I was sold on all three but what I got was only two: Good and Fast.

Whether we are aware of it or not at the time of purchase, we are almost always settling for the two we feel are the most important for that particular purchase.

When HH Homes started into larger scale projects; we did what we thought the market wanted from us or what they kept asking from us: Fast & Cheap. So, I hired anyone with a pulse that said he was a carpenter or painter. But some of the time, the workmanship fell short. We or ‘I’ had to go back and fix it. With me taking on more of a sales and managerial role, I couldn’t always be there to micro- manage quality control.

After some time of that we decided to take a different approach. One that put the “Good” part first and foremost. We came to understand, although they often won’t tell you, this is what the Customer wants first and foremost. I went out hired and paid for the best carpenter and painter money could buy so that quality workmanship would rarely be a factor. Second, we understand you want your kitchen back asap, so we work very hard in keeping a solid schedule during your project. Materials, subs, inspectors, all respectively lined up for a seamless flow. Third, we understand you have a budget and we always do our best to meet it, given it’s reasonable. I can sell you a Kia or Cadillac. You determine what you're willing to sacrifice.

Our intention is to offer the market our best attempt at all three categories: A quality complete ‘turnkey’ project, in a reasonable amount of time, at fair value market rate.

We don’t sell on being the cheapest. As a matter of fact, if someone is only interested in the lowest price for thier project; we probably aren’t a good fit for one another. Do you know how many times I’m told (Clients referring to other contractors): “I would have gladly paid more for a better job”? I can’t help but think ‘would you have? Had I bid on this project and was 3k higher, would you have chosen us?’

We average 18 bathrooms, 5 kitchens, and 6 basements per year. We know what it takes to get your project done from first day of demo, to last day of punch out. The estimating process is where a contractor makes or loses his money. And many contractors get so anxious about putting work on the books, they are willing to lie, or let’s just say be “vague” during the initial estimate to get their foot in the door. No promises of quality or speed mentioned. Maybe not even a ‘contract’ signed.

You get all excited for feeling like you got the most for the least. But then, mid way through the project the fella is showing up late, leaving early, or not showing at all. He’s not returning calls or emails; progress is slowed to a turtle speed. He tells you he’s on two or three other jobs. Workmanship is under par, especially the finish work. He’s asking for advances on progress payments, etc. He’s in over his head. What was promised to take 2 months, is taking 6. The list of horror stories that I’ve heard go on and on.

We (HH Homes) have the same opportunity to do this as well, but in order to alleviate future awkward conversations, a multitude of change orders, or telling you mid-way through the project “Oh, yeah, you were supposed to supply all the tile, paint, and counter tops Ma’am, thought you knew that?”. Or “Sorry we’re not that great at tile work”.

We take the approach of honesty and transparency from the beginning. This process has lost me more work than it has ever gained me; but I sleep good at night and carry around a lot less stress. The other upside is it also leads to referral and repeat business. Ironically, 75% of our work is generated through referral and repeat clientele. Which costs me nothing other than delivering on my word. Whereas 25% is new business which we pay handsomely for through marketing and advertising.

Our goals are to build and maintain relationships for decades. Yes, we want to be hired for your first project, but we also want to be hired for the following project you have and the next one after that. Contractors can get a bad name for many reasons; mostly self-induced, but also because in many ways the consumer views the services industry the same as they view Amazon.

Remodeling isn’t a ‘product’, it’s an experience, and you may even catch our lead carpenter calling it “Art”.

For the Long Haul,